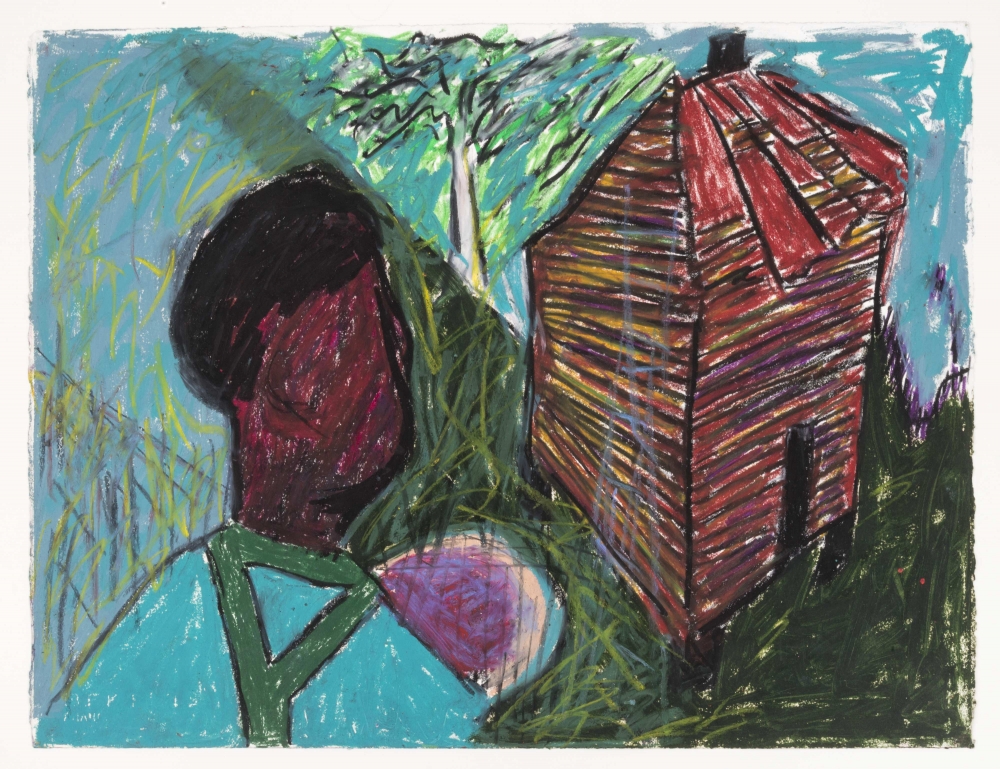 “I want to give people who can neither read nor write but made all the measurements and built their own barns and shacks a different way of
looking at themselves.” 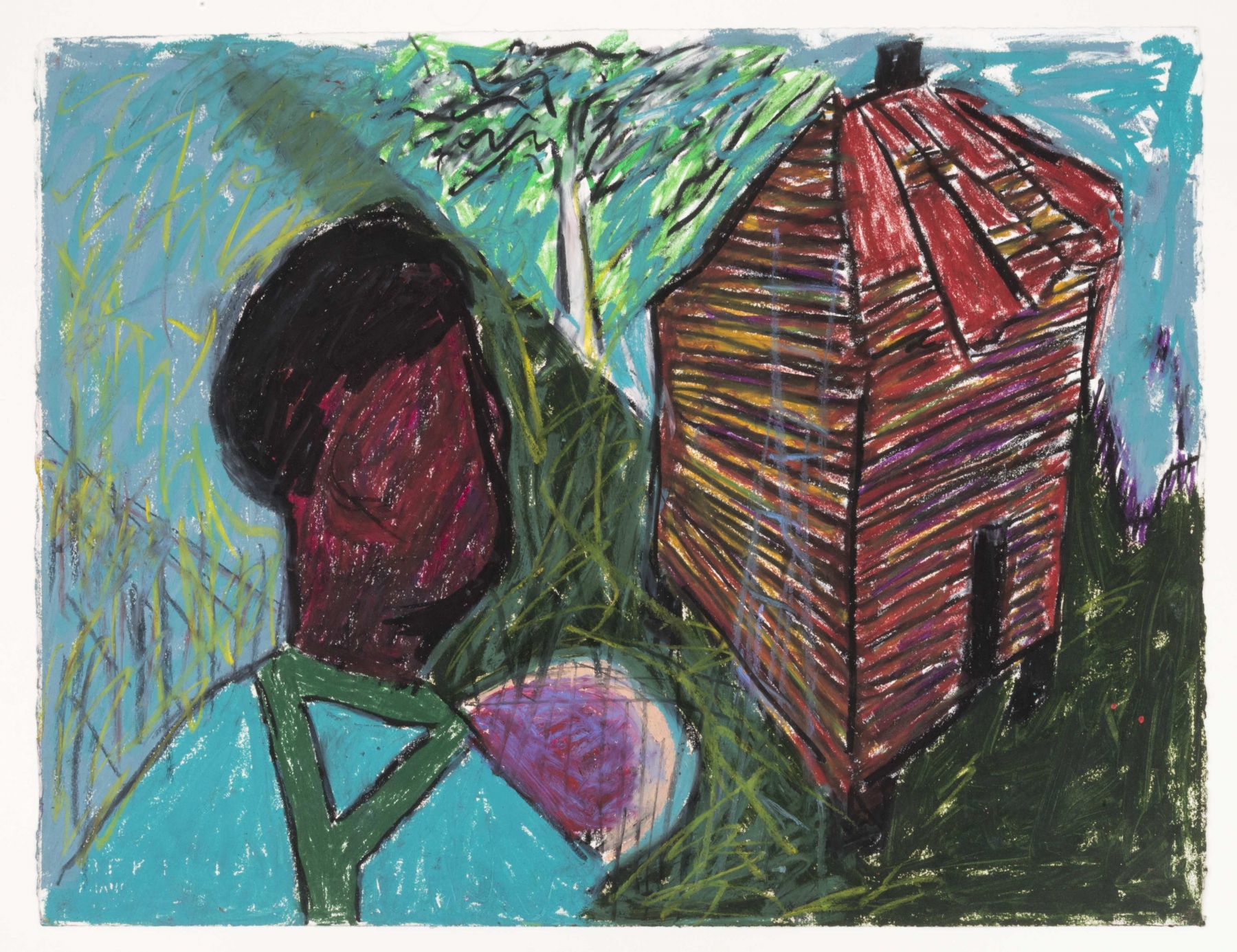 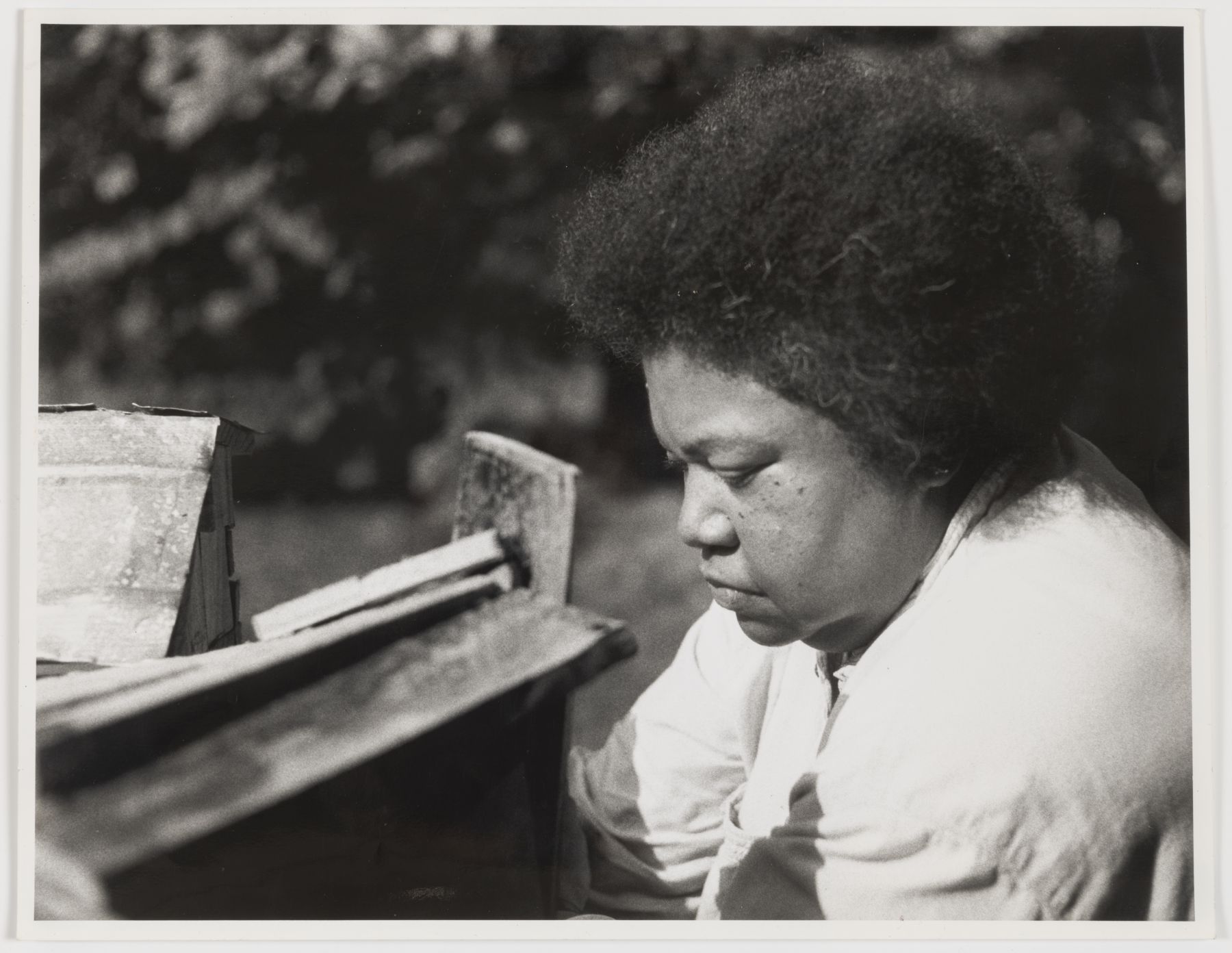 The work of African American artist Beverly Buchanan (1940-2015), which drew from her childhood memories and subsequent travels in Georgia and the Carolinas, pays tribute to the vestiges of Southern Black heritage, and, in the process, offers a distinctive view of the rich culture of this often overlooked segment of rural American life.

Born in Fuquay, North Carolina, in the era of Jim Crow, Buchanan grew up in South Carolina and earned several university degrees. She began her professional career as a health-care educator in New York, but in 1971, she changed course, enrolling at the Art Students League, where she studied under Norman Lewis (1909-1979), and befriended other important artists of the day including Romare Bearden (1911-1988). In 1977 she moved to Georgia to devote herself entirely to making art.

This exhibition focuses on the shack works Buchanan produced from 1985 until her death, including sculptures, works on paper, and photographs. 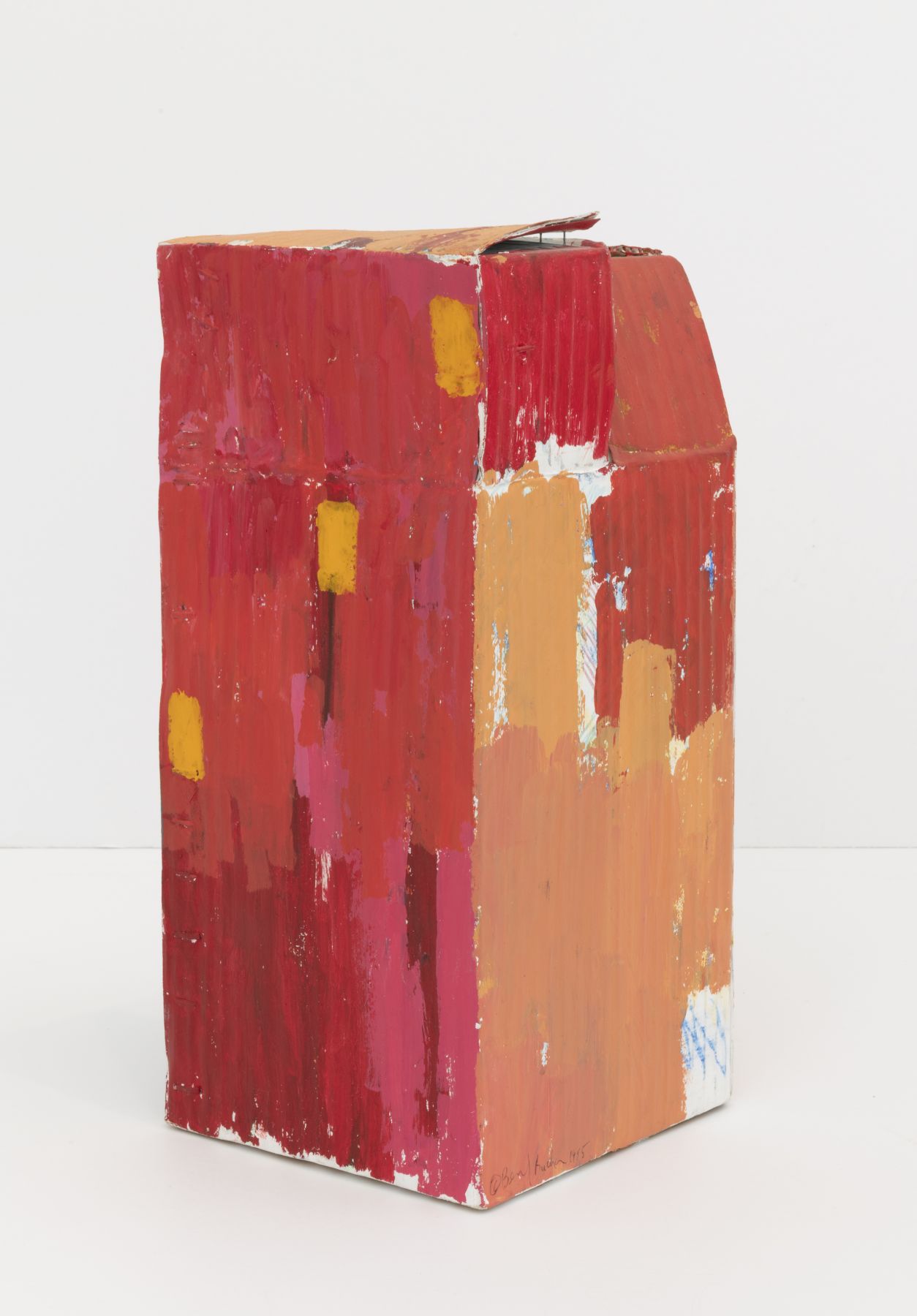 Some of her first shacks, constructed of corrugated cardboard, foam core, or found wood, are painted in bright colors. The earliest piece in the show, House, ca. 1985, functions as a three-dimensional painting in the Abstract Expressionist mode in which she trained. The shack sculptures from this initial period resemble the tall, slender tobacco barns in North Carolina, where Buchanan worked as a field hand in her teens.

Around 1989, she started to eliminate color and chose instead to emphasize the grain and natural hues of recycled Georgia heart pine, which was commonly used in the region. As the pine became increasingly scarce, Buchanan used commercial lumber for many of her later works, sometimes burning the wood to mimic the weathered appearances of the local homes. Though small in scale, the shacks powerfully evoke the strength and quiet dignity of the original dwellings.

“I had been traveling back and forth visiting my family in North Carolina and I started to make structures and
one day I said to myself, ‘I’m making barns.’" 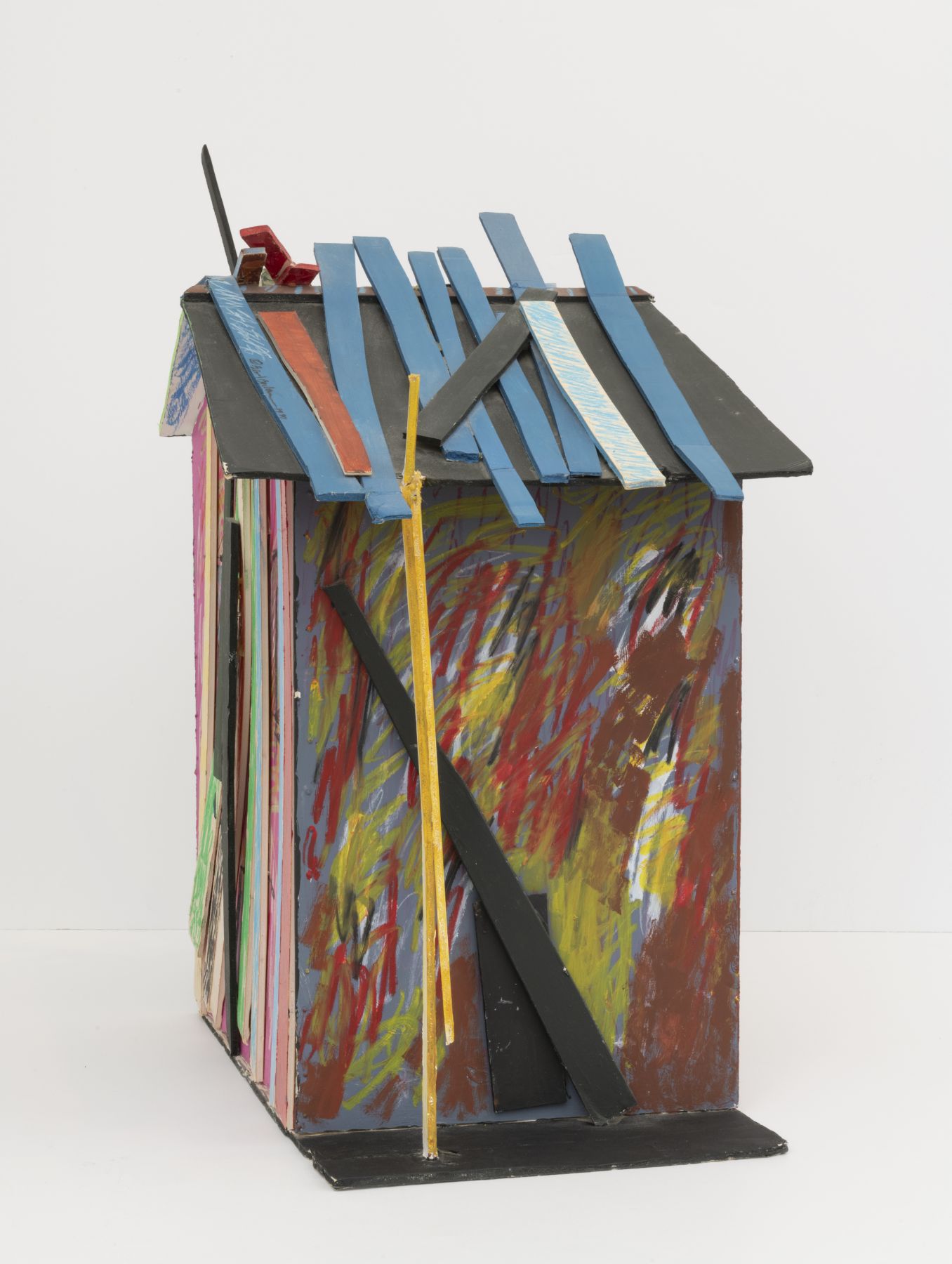 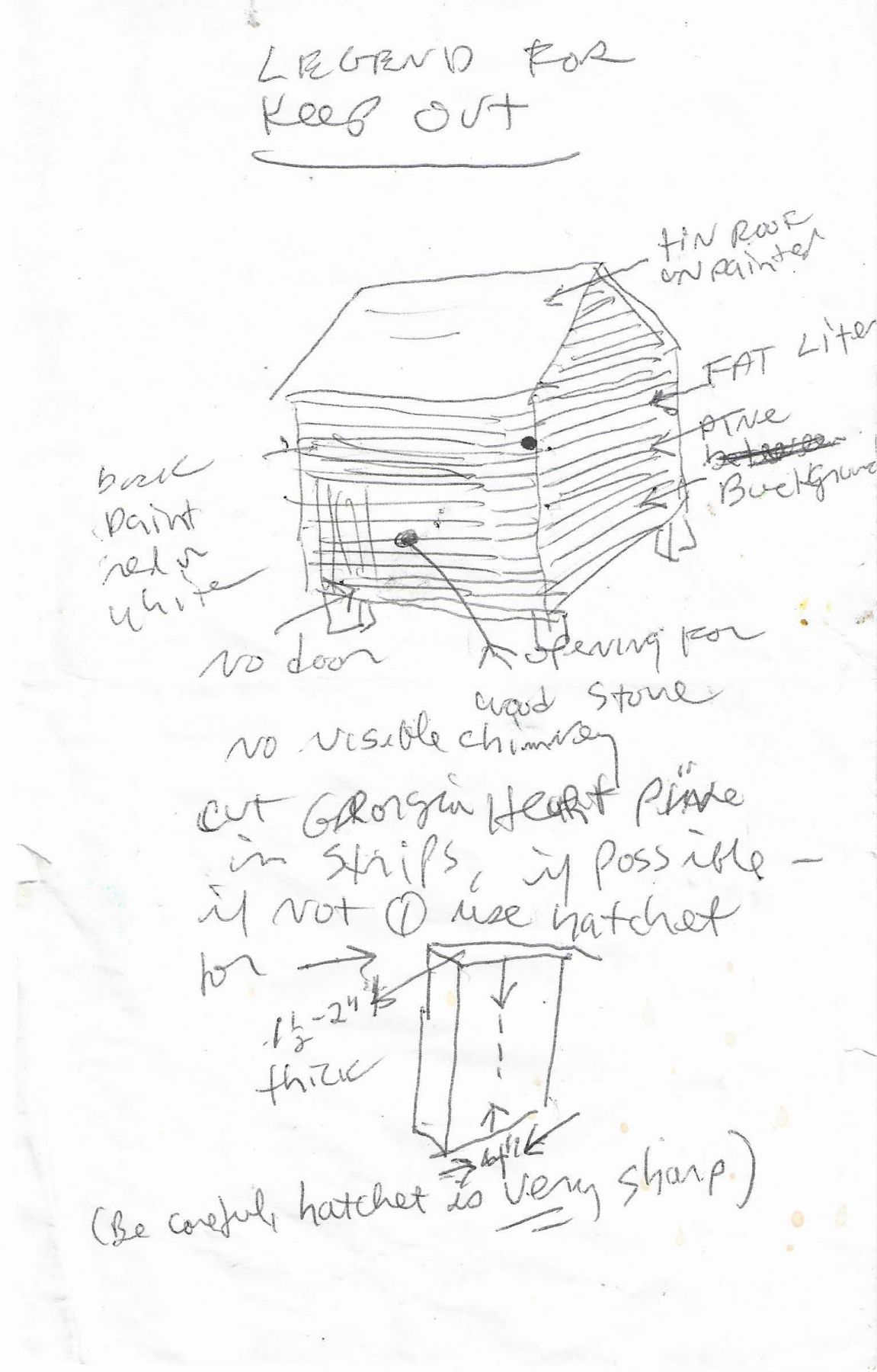 1998 Sketch for Keep Out Shack

A storyteller, Buchanan often attached to her sculptures handwritten or typed narratives, which she referred to as “legends,” that gave voice to a cast of characters, some remembered and others imagined. Sometimes she stapled them to the underside of a piece. In one of her favorite works, Orangeburg County Family House, 1993, Buchanan wrote in Sharpie on the outer sides of the structure the names of families from her hometown which she took from her high school yearbook and a calendar from her local church.

View a selection of her legends 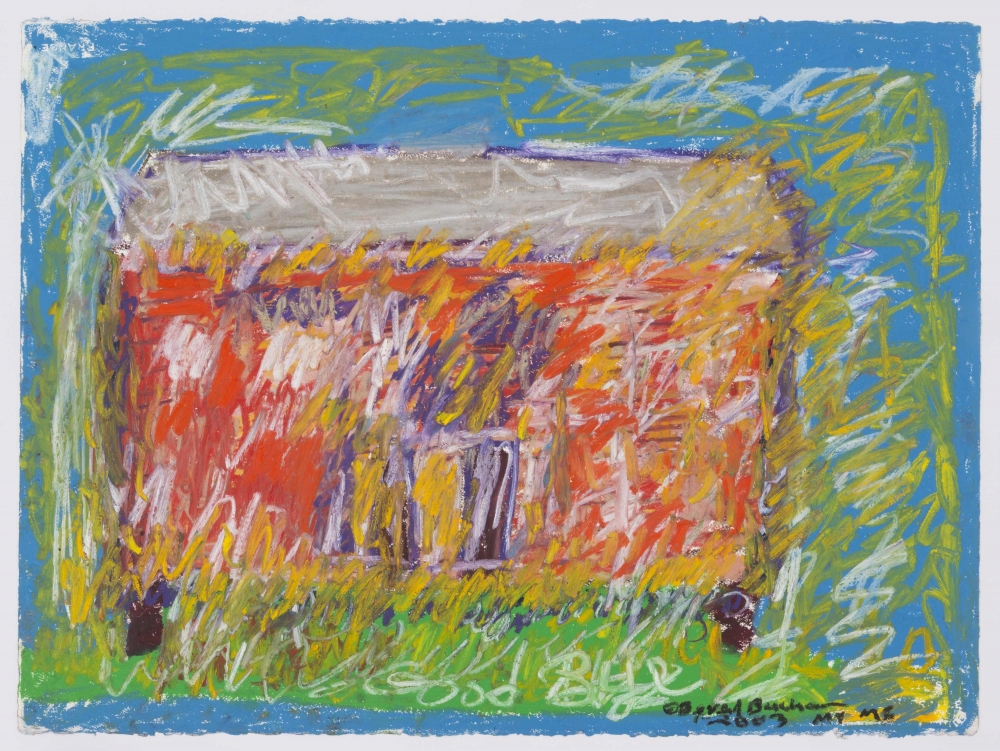 Buchanan’s works on paper, typically done in oil pastels, depict shacks rendered in starkly clashing hues, set in their natural backgrounds. The abundance of scribbled lines, cross-hatchings, and squiggles recall the handwritten notes her father made after he had suffered a series of strokes. These motifs serve as “conversational script,” their shape imitating the markings of sea grasses, tall grasses, and marsh grasses, native to the Piedmont region.

"Remembering the look and feel of structures has been a strong focus in my drawings and sculptures. My vision and interest shifted to the reality of current places and their surrounding landscape. The house and its yard
and the road behind and across."

“My work attempts to celebrate the spirit of these shack dwellers who could be recognized by what they wore, how they walked, and by the kinds of flowers
they grew in their front yards.”

Her rarely seen photographs of shack dwellings and their residents introduce a documentary dimension to Buchanan’s oeuvre. Two telling examples are the photographs of Leon (last name unknown) and Mary Lou Furcron, who were ordinarily reticent in their contact with others. Buchanan befriended them and was granted permission to photograph them in front of their homes. 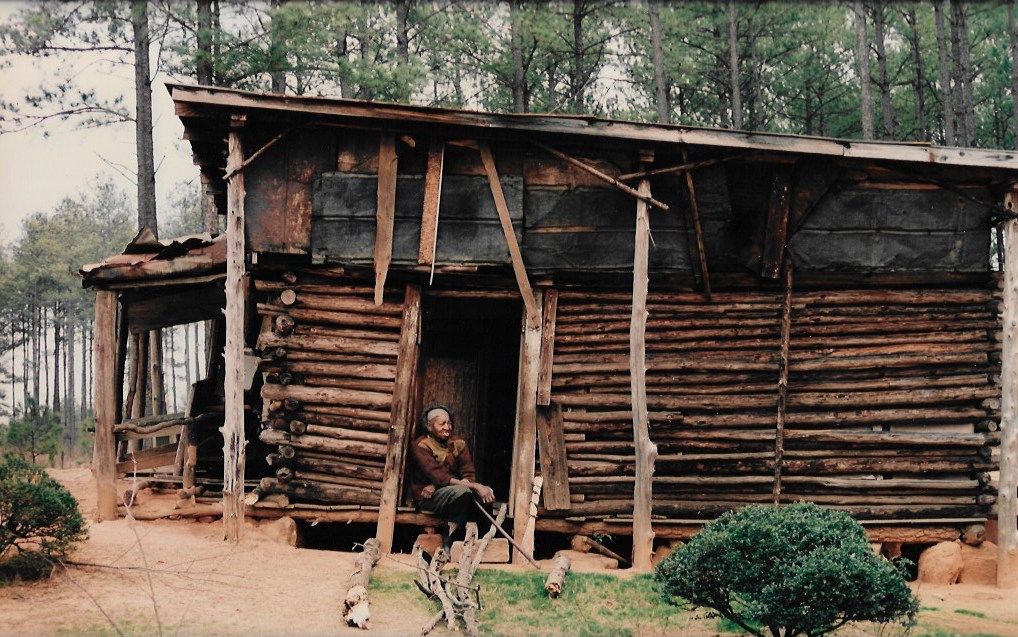 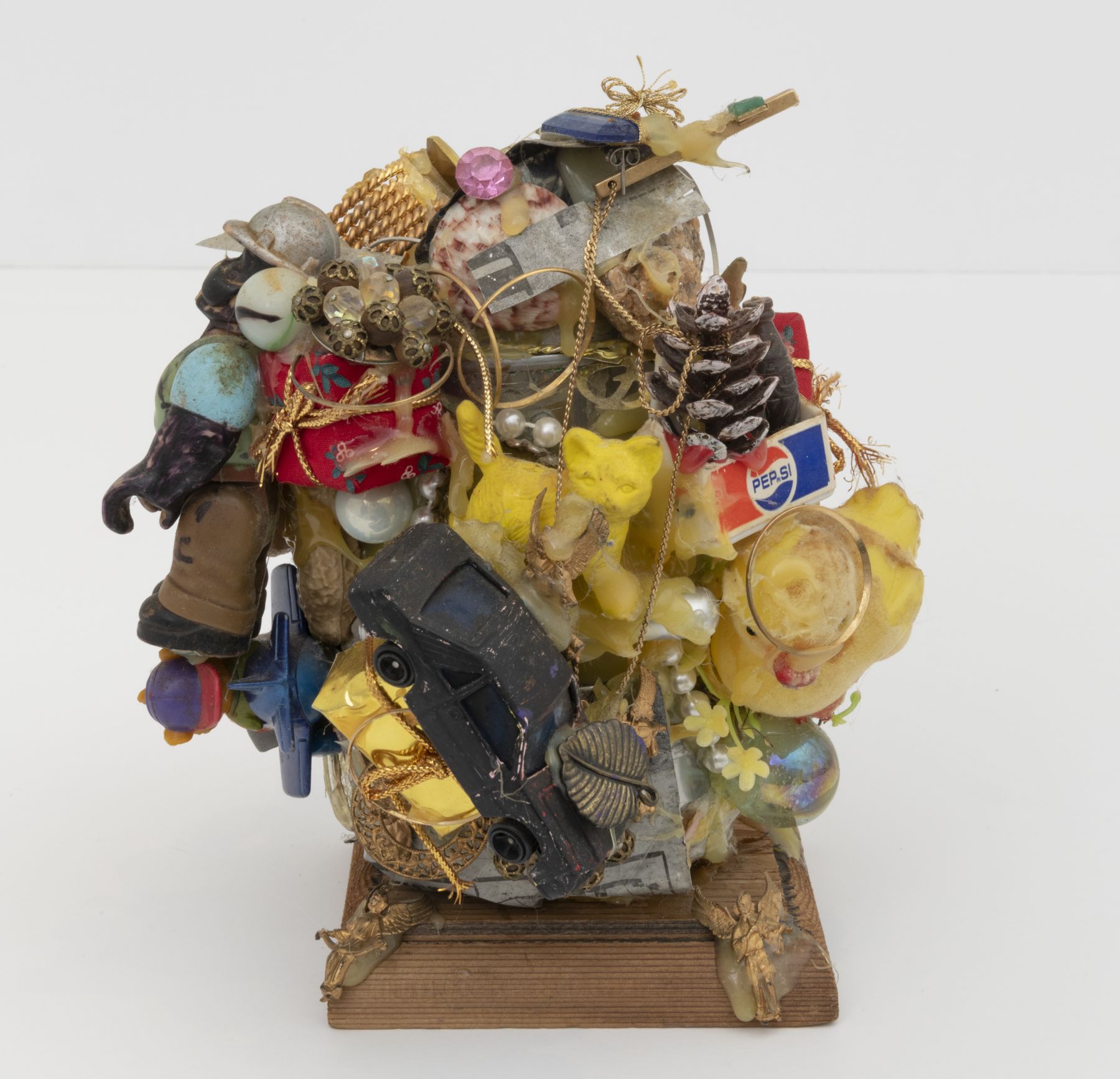 Tapping the tradition of African American “yard art,” Buchanan cited Southern self-taught artist Nellie Mae Rowe (1900-1982) as a source of inspiration in the written text on her large-scale drawing Blue Sky Shack, 1988. Her repurposing of mundane or utilitarian objects into an artwork, such as the bottle caps, wood scraps, and a license plate which she glued to the exterior of Orangeburg County Shack, recalls the assemblages of the pioneering self-taught artist Thornton Dial (1928-2016). Her seldom exhibited “spirit jars,” the term she used for the popular African American folk art form, memory jugs, function as another kind of memorial, and bring to mind the collage works of Betye Saar and the boxes of Joseph Cornell (1903-1972). 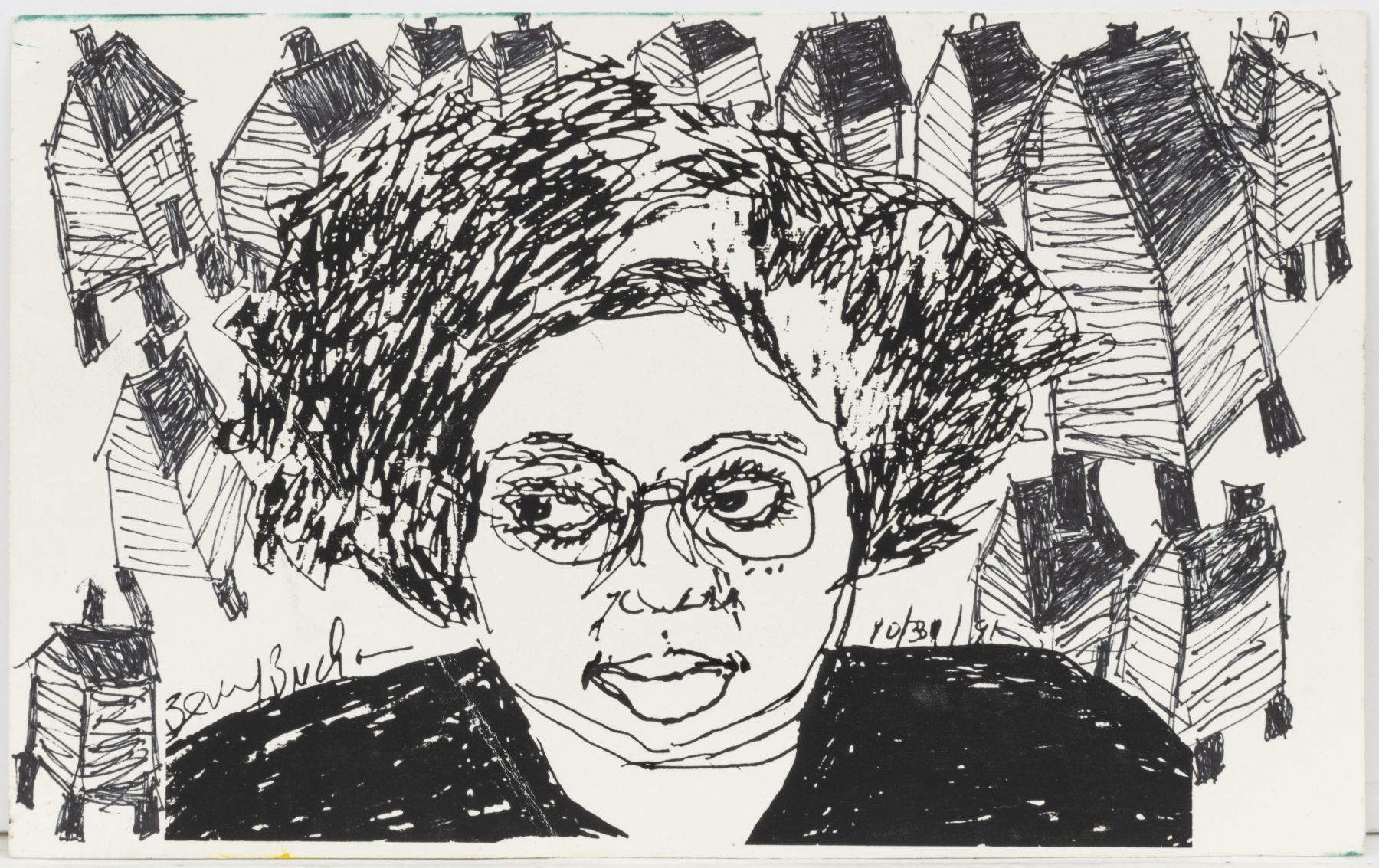 During her long career, Buchanan was the recipient of numerous awards, including a John Simon Guggenheim Memorial Foundation Fellowship (1980) and a National Endowment for the Arts Fellowship (1980). Her work is in the permanent collections of the High Museum of Art, Atlanta, the Metropolitan Museum of Art, New York, the Studio Museum in Harlem, The Brooklyn Museum of Art, the Museum of Contemporary Art, Los Angeles, and the Whitney Museum of American Art, New York, among others. The work has been exhibited widely, including solo shows at Steinbaum Krauss Gallery in New York in 1996 and ‘98, Shackworks, a traveling mid-career retrospective hosted by the Montclair Museum of Art (New Jersey), and most recently, a posthumous solo retrospective, Ruins and Rituals, curated by Jennifer Burris and Park McArthur, at the Brooklyn Museum of Art in 2016-17.

An interview from 1993 with Beverly Buchanan, hosted and produced by Marcia G. Yerman for the series "Women in Art"